Attending the Finish National Defence University’s Russia seminar 2022. The seminar discusses Russian military policy and the research development in that field. The main theme of the seminar will be ”Russian Concept of War and Operation, Management, and Use of Military Power – Conceptual Change”.

Today I participated in a panel on Gray zone conflicts and the absence of institutional mechanisms at the 2021 Stockholm Security Conference: Battlefields of the future organized by the Stockholm International Peace Research Institute (SIPRI). 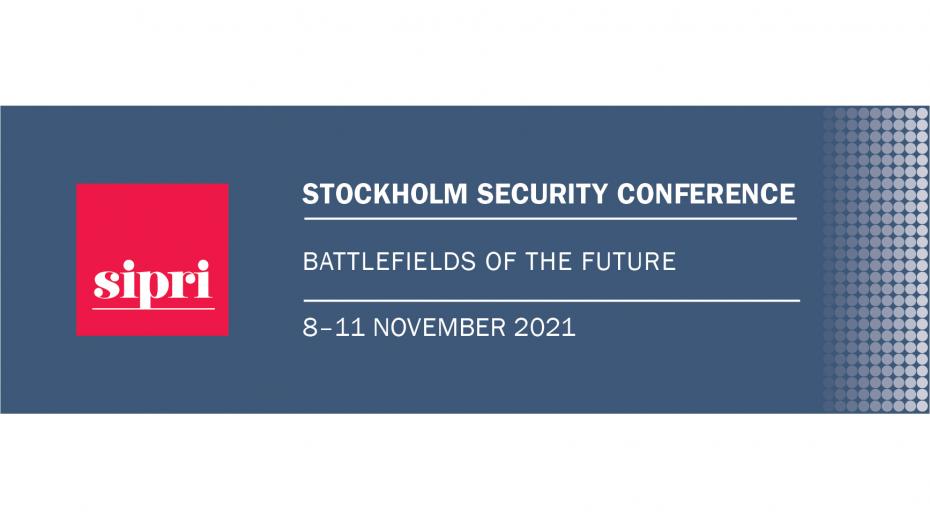 Today I and Dr Niklas Nilsson received a Research Initiation grant (F20-0119) from the RJ Foundation for developing an International Network in War Studies for Research on Land Operations and Tactics.

Abstract:
International politics has become ever more volatile over the last decade, increasing the risk of large-scale military violence. Yet the precise character of future wars will depend on a range of factors that relate to adversaries, allies, technology, geographical scope and multiple domains of warfare. Few would question the fact that land forces will continue to be important in the foreseeable future. However, given that the battlefield is in a state of transformation, so is the mission, purpose and utilisation of land forces. Indeed, serious questions are being asked about the future conduct of land warfare in the face of major, complex challenges and security threats.

The proposed research initiation will zero in on the evolving role of land forces, focusing particularly on the changes that have taken place in the art of commanding and executing combat and on the role of rapid technological innovation and information dissemination in shaping warfare. Furthermore, it is pertinent to revisit the established military theory and thinking (some of it neglected in recent years) with lessons learned from contemporary land warfare.

The initiative will bring together world-leading international researchers on land warfare from across Europe, the US, and beyond. The project will centre around two workshops and exchanges of visiting researchers, exploring a number of key issues from a thematic and an empirical perspective.

Attending the 2021 Annual Russia Seminar organised by the Finland National Defence University 26 January and 2 February. The seminar discusses Russian military policy and the research development in that field.

Participated in a webinar hosted by Elcano Royal Institute  on “North Korea’s Public Health System: contemporary challenges and cooperation opportunities for Europe.” We had very fruitful discussion and I am very much looking forward to the continuation of this project.

The Land Warfare Research Group (LWRG) at the Swedish Defence University today organised a research seminar on “Russian Deception and the Russian Notions of Future Wars.” At the seminar Dr Markus Göransson, Assistant Professor at the Swedish Defence University and Convenor of the Russia and Eurasia Research Group presented two forthcoming articles on the respectively Russian deception and its notion of future wars.

His research on China and East Asia focuses on China’s foreign policy and role in the world, with a special focus on China and Global Power Shifts. He has a particular interest in:

Weissmann has also pursued research on track-two diplomacy, conflict management and peacebuilding as well as Europe’s relations with China and East Asia.